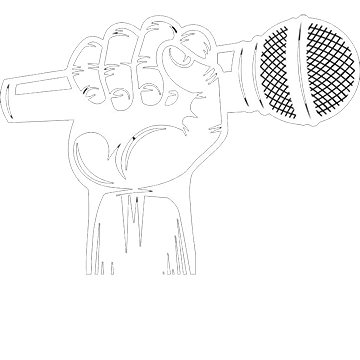 Born and raised under the stars on Hollywood Boulevard, singer and songwriter David Keckhut was raised on a steady diet of classic music from the masters of the art. He spent his youth influenced by a variety of genres; from blues to rock and roll, and while he thrived on the landscape – the wealth of live and intimate performances that took places in the 70’s and 80’s afforded him a front row view of exactly how it’s done. From the first note he heard played by Three Dog Night, David was born to make music.

“Oh, she may be weary
Them young girls, they do get weary
Wearin’ that same old shaggy dress
Oh, when she gets weary, try a little Tenderness”

When David was 8, he saw Jim Croce perform. He spent years honing his craft to get on stage and be all that he’d been witness t0o. From Motown to real folk artists and of course, seeing the radio stars perform live on those renowned California stages like Deep Purple, Lynryd Skynrd, Led Zeppelin, Kiss, Ted Nugent, Queen and local shows like Cal Jam – David was primed and ready to play. By the time the 80’s began, David was on stage, fronting his own hard rock band. The Mob performed regularly alongside the artists that would be known as the foundation of Sunset Strip Hard Rock. This included Motley Crue, Ratt (at the time they were called Mickey Rat), Dokken, LA Guns and the world famous Guns n’ Roses. The stages of the Whisky A Go-Go, the Troubadour, Gazzarri’s, Club 88 and the legendary Chuck Landis Country Club were regular hot spots for the band.

Throughout the late 80’s, the 90’s and into the new Millennium, David has recorded in the studio with artists including JP Cervoni, Reb Beach and bands under monikers including Essence, the Bad Boys of Blues, Aftermath and Two Daze Gone, among others. Dave’s songwriting has led to film and TV inclusions and considerations by Disney Music and HBO. His growing catalog of works would, in 2013, spawn the band Made ‘n’ America.

David has fronted Made ‘n’ America, the go-to stage performance that national acts call on to warm the stage in Los Angeles. This has included direct support for artists including Uli Jon Roth, Living Color, Jennifer Batten, Y+T, Andy Timmons, Eric Martin (Mr. Big), Joe Lynn Turner, and Phil X (Bon Jovi). The audience draw consistently responds with chanting vocals and time and time again, new arrivals leave with an ear-worm for the set list and instantly become new fans. The band’s 3 CD’s are market staples in the American Hard Rock variety and warmly add to consumers collections alongside the greats that define the genre.

Available to perform, tour and record both independently and with Made ‘n’ America: click here to contact David Keckhut for inquiries.